An update on the Land and Water Conservation Fund

After Congress failed to reauthorize the Land and Water Conservation Fund (LWCF) on September 30, recreation users, conservation groups, and others are hopeful that reauthorization and funding for LWCF will be packaged into an omnibus bill, perhaps packaged with other land use bills, that Congress may address later this fall during the lame duck session. 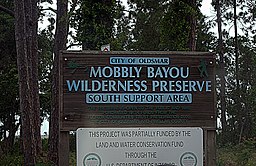 LWCF expired despite the passage out of the House Natural Resources Committee of a compromise bill by Rep. Rob Bishop (R-UT) and Rep. Raul Grijalva (D-AZ). The bill was hailed as a landmark compromise. On Oct. 2, the Senate also advanced a bill out of Energy and Natural Resources Committee sponsored by Sen. Maria Cantwell (D-WA) and Richard Burr (R-NC), and 47 co-sponsors, that would reauthorize and fully fund LWCF.

Throughout its 50-plus-year lifetime, LWCF has funded everything from playgrounds and battlefield memorials to ensuring access to various forms of recreation in every state in the nation. For example, as of 2015, over 70 percent of the fishing access sites in Montana have been secured with LWCF funding.

The fund takes a portion of offshore drilling royalties and places the money into a fund for recreation and conservation projects. While the fund is authorized for a max of around $900 million, each year most of the money is siphoned into other projects; in its five-decade history, LWCF has only ever been fully funded twice.

Although the fund expired in September, recent committee action in both the Senate and House brings hope that Congress will consider passing LWCF before the end of the year.

To read more about previous attempts to reauthorize the Land and Water Conservation Fund, see here and here.