Supreme Court decided last week not to hear a case challenging the current ban on new uranium mining in the Grand Canyon. The decision leaves in place a December 2017 Ninth Circuit Court of Appeals ruling that upheld the ban.

The mining ban, which was put in place by the Obama administration in 2012, prohibits new mines on lands around the Grand Canyon for 20 years. The moratorium blocked new mining claims and placed restrictions on the development of existing claims in a million-acre area around Grand Canyon National Park.

In 2014, the National Mining Association and other industry groups challenged the ban. Supporting the moratorium at that time were the 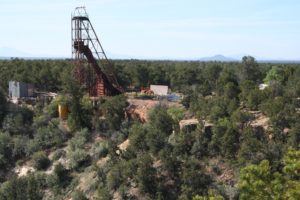 Then last May the Department of the Interior declared uranium a “critical” mineral essential to national security, renewing fears the administration may lift the ban. Last summer, shortly after the Arizona Wildlife Federation launched a campaign urging the Interior Department to maintain the 20-year mining moratorium, Secretary Ryan Zinke’s spokesperson said the Department had no interest in lifting the ban. Still, many remained skeptical the ban would remain in place.

This week’s Supreme Court decision not to hear the case essentially leaves the mining companies no further avenues to challenge the current ban. However, companies are reportedly lobbying the current administration to support renewed mining for national security and other reasons.