A Tale of Two States: Methane Regulation in the Permian Basin 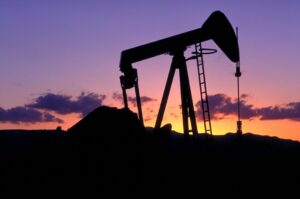 The Environmental Protection Agency (EPA) is set to stop directly regulating oil and methane later this month. As a result, there will be a gap in how the United States manages the powerful climate pollutant that is responsible for 25% of the global warming we experience today.

The Permian Basis, located in the southwestern United States in both New Mexico and Texas, is said to leak more methane from oil and gas production than anywhere else in the country. New Mexico releases 1 million metric tons of methane each year, with has the same short-term impact on the climate as 22 coal-fired power plants or 28 million automobiles. With the EPA relinquishing their regulatory duties, oversight will be left to each state. And their strategies couldn’t be more different.

New Mexico’s Governor, Michelle Lujan Grisham, has vowed to enact national-leading regulations by the end of 2020. The state’s environmental agency has been working with industry and environmental experts to put out a draft rule by the end of the summer.

Texas, on the other hand, is not taking any of the steps as its neighbor to the west. That means that operators in the nation’s most productive oil state could be free to vent unlimited methane, a gas that ruins our air, harms our climate for future generations and impairs valuable recreation experience. According to the Outdoor Industry Association’s 2017 National Recreation Economy Report, hunting, fishing, camping, hiking, paddling and other outdoor recreation activities contribute a total of $887 billion annually to the economy and supports 7.6 million American jobs. This sector generates $65.3 billion annually in federal tax revenue, as well as $59.2 billion in annual state and local tax revenue. In New Mexico alone, outdoor recreation is a $10 billion industry that supports 100,000 direct jobs across the state.

Despite the EPA choice to stop regulation, many within the oil and gas industry have become more willing to set these regulations at both a state and federal level. While these regulations would mean less methane in our air, it would also mean more money for each state. Each year in New Mexico, oil and gas companies waste $275 million worth of gas through venting, flaring and leaks, which costs the state over $40 million in royalty and tax revenue.