According to a Department of the Interior (DOI) press release sent out Thursday, visitors to national parks contributed $40 billion to the U.S. economy and supported 329,000 jobs in hotels, restaurants, transportation, and recreation.

The annual National Park Service report showed that, in 2018, more than 318 million park visitors spend $20.2 billion in communities within a 60-mile radius of a national park. More than 268,000 of the 329,000 jobs supported by visitor spending are also in gateway communities. The report also showed that economic benefits from visitor spending have increased $2 billion and total output has increased $4.3 billion since 2017. 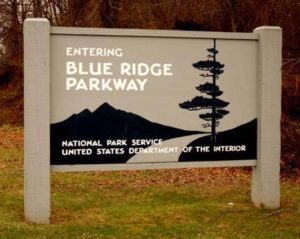 The peer-reviewed economics report was prepared by economists Catherine Cullinane Thomas and Egan Cornachione of the U.S. Geological Survey and Lynne Koontz of the National Park Service. It includes information by parks and by states on visitor spending, the number of jobs supported by visitor spending and other statistics.

The report also showed, through visitor surveys, that people are spending more time inside national parks, staying longer in gateway communities, and spent more money during their visits than in previous years. Lodging and food expenses account for the biggest share of the spending, with lodging totaling nearly $6.8 billion and food costs coming in at $4 billion in restaurants and bars and another $1.4 billion at grocery and convenience stores.