Earlier this month, a federal court in California ruled that the Bureau of Land Management (BLM) unlawfully postponed key compliance dates for the methane waste rule earlier this summer, meaning the original implementation date of January 2018 stands, for now. 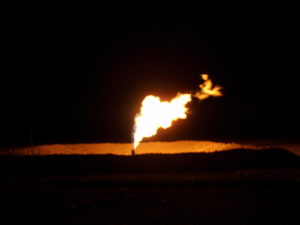 Judge Elizabeth Laporte, of the Northern District of California, ruled that the department unlawfully used a provision of the Administrative Procedure Act to attempt to delay implementation of the Obama-era rule in June. The agency also has stated it will attempt to repeal or revise the rule, which a delay in implementation would give it time to complete.

Earlier on Wednesday, the department announced it will formally push to delay the compliance date. The ruling later that day also marks the third instance the courts have pushed back on the current administration for trying to delay regulations that have already taken effect.

Opponents of the methane rule previously tried to repeal it earlier this year through the Congressional Review Act, but the vote failed in the Senate. Many outdoor industry businesses spoke out against the CRA and proposed rollbacks. The new rule replaces a 35-year-old rule regulating the venting and flaring of methane on public lands. The rule requires oil and gas operators on public lands to use on-the-shelf technologies to capture harmful methane emissions. The rule, supported by Taxpayers for Common Sense, also ensures that valuable public resource isn’t wasted through flaring and venting, thereby cheating taxpayers of revenues.

Stay tuned – PLS will continue to report on new developments as this rule works its way through the courts.

PublicLandSolutions · Thursday, September 1st, 2022 at 7:33pm
@PLSorg
FREE tickets are now available for the 2nd annual #OurHeritageOurPlanetFilmWeek, which will be held in celebration of #HispanicHeritageMonth, following #IndigenousPeople’sDay from October 11-14. Register ⬇️ https://t.co/VtKWLVlw7d https://t.co/ronVeE78fO
View on Twitter
1
3