Proposed changes would roll back taxpayer and environmental protections

After multiple failed attempts at repeal, the Bureau of Land Management (BLM) has published its draft revision the 2016 Methane Waste Rule. Nine days after the revisions were published, a U.S. District Court ruling struck down the Department of the Interior’s attempts to delay implementation of the rule.

The BLM’s proposed revision is to replace the rule with the regulations “similar” to those that were in place before the 2016 rule. However, the original regulations have led to an estimated 460 billion cubic feet of leaked gas from 2009 to 2015, enough to supply 6 million households for a year. 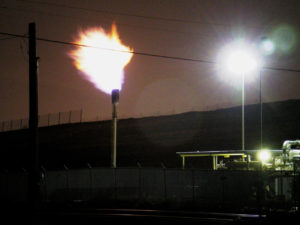 In its current form, the rule requires oil and gas operators on public lands to use on-the-shelf technologies to capture harmful methane emissions. The rule, which has broad-based support from outdoor industry businesses and even the oil and gas industry, also ensures that valuable public resources are not wasted through flaring and venting, thereby cheating taxpayers of revenues.

According to the 2018 Western States Survey, 75 percent of Westerners support implementing methane safeguards on public lands. In addition to combating the waste of methane gas and the cost to taxpayers, the rule curbs air pollution, which has impacts both for public health and on the viability of recreation assets on public lands.

Last fall, a federal court in California ruled that the BLM unlawfully postponed implementation of the rule. Prior to that, the rule narrowly survived a Congressional Review Act vote in the Senate.

The BLM’s proposed rule revision is open to public comment until April 23, 2018. You can submit a comment via the online portal here.