The Land and Water Conservation Fund, a legacy program that has existed for more than fifty years, remains unauthorized and unfunded as Congress has yet to reach a deal on restarting the program.

According to the LWCF Coalition, more than $176 million (and counting) in potential funding for parks and conservation projects has been lost since the fund expired. 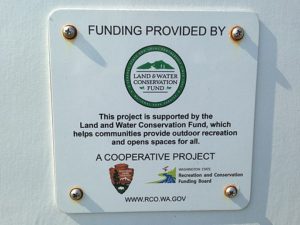 Several different bills to permanently fund the program exist—including end-of year omnibus packages (read more here)—but none have reached the finish line. House and Senate committees approved legislation in early October, giving rise to the hope that the full Senate could pass the bill by the end of the year.

Throughout its 50-plus-year lifetime, LWCF has funded everything from playgrounds and battlefield memorials to ensuring access to various forms of recreation in every state in the nation. LWCF takes a portion of offshore drilling royalties and places the money into a fund for recreation and conservation projects. While the fund is authorized for a max of around $900 million, each year most of the money is siphoned into other projects; in its five-decade history, LWCF has only been fully funded twice.

While Congress is technically set to adjourn on Dec. 14, Senate Majority Leader Mitch McConnell has stated that Congress should be “prepared” to work through the Christmas and New Year’s holidays to complete key pieces of legislation and other work. McConnell made no mention of LWCF in his statements, but more time in Washington will provide more opportunity for legislators to hammer out a deal.