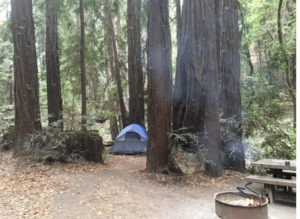 A Trump administration advisory panel has recently released a memorandum that recommends a plan that would give private businesses a stronger foothold in national park campgrounds. Supporters of the plan argue that the infrastructure needs to be modernized making the parks accessible to a younger and more diverse audience. Critics believe that the plan would be playing directly to corporate interests and would diminish the visitor experience in some of the country’s most treasured places. The document recommends that campgrounds in national parks permit food trucks and WiFi. It also recommends ending senior discounts during certain times of the year to help adjust for inflation. David Bernhardt, a former corporate lobbyist who is now the head of the Department of the Interior, argues that the parks have $12 billion in deferred maintenance and that those funds are much more easily found outside the federal government. Conservationists argue that the Trump administration has exaggerated the need to raise said funds in order to justify the proposed private concession contracts inside the parks. In a conversation with Yahoo News, the author of the memorandum, Derrick Crandall, who is the president of the American Recreation Coalition, claims that the goal is not privatization but “cooperation.” He claims that cooperation between the federal government and private business has been integral to the national parks since their founding a century ago. Conservationists against the plan cite that the Trump administration wants to give away America’s outdoor heritage to their special interests. The proposal argues that the NPS campground system “fails to meet expectations of the contemporary camping market” and is “an underperforming asset.” Many critics believe that our national parks should never be considered a performing asset in the first place. They believe that larger RVs into the park could mean more pavement, a larger physical footprint and more noise from generators. That would in turn mean less animal habitat and fewer pristine views for the hundreds of millions of visitors that travel to the parks each year.