Later this year, the Utah office of the Bureau of Land Management (BLM) will be offering up over half a million acres in two lease sales, its largest in years.

This past Thursday, the state announced its intent to offer parcels totaling over 204,000 acres in the September lease sale. The majority 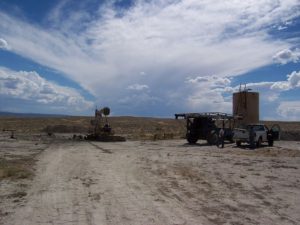 of the parcels for lease are located in Emery County.

For the December sale, the state has teed up approximately 329,826 acres of BLM lands for lease. Almost 100 of these parcels are in the Uinta Basin, an area of northeast Utah that the EPA has recently designated as “nonattainment” for exceeding ozone standards

Many of the parcels of the combined September and December sales contain areas important to recreationists and for wildlife habitat, such as the Book Cliffs and the White River. In our comments to the Bureau of Land Management Public Land Solutions noted, “Utah has world-class national parks and recreation resources which support thousands of jobs locally and drive the State of Utah’s $12 billion outdoor recreation economy. Responsible oil and gas development also creates jobs in our community and provides important revenue to supplement the income generated by tourism and recreation. However, this massive lease sale presents significant potential to harm recreation resources and the outdoor recreation brand of local communities affected by this lease sale.”

The public comment period for the December lease sale expired on July 31. Stay tuned for further opportunities to comment.