Case to revive the rule can continue

On Monday June 4th, a 10th Circuit Court of Appeals ruled against a request from California, New Mexico, and various environmental groups asking to revive the 2016 Methane Rule, as the Department of the Interior (DOI) continues its efforts to essentially roll back the regulation.

However, the judges ruled in the 2-to-1 decision that the appeal demanding implementation of the 2016 rule will continue, rejecting its dismissal as requested by industry groups and the states of Montana and Wyoming. Accordingly, the appeal will now move forward on its merits. 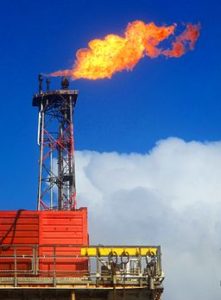 By Varodrig (I took this photo myself from the Ula platform) [GFDL (http://www.gnu.org/copyleft/fdl.html) or CC BY-SA 3.0 (https://creativecommons.org/licenses/by-sa/3.0)], via Wikimedia Commons

The 2016 Methane Rule, promulgated under the Obama Administration, regulates the venting and flaring of methane gas on public lands. It requires oil and gas operators to use on-the-shelf technologies to capture the harmful emissions. The rule, which has broad-based support from the outdoor industry and even the oil and gas industry, also ensures that local communities that are diversifying their economies through outdoor recreation are not harmed through damage to their air quality. It also ensures fair royalties for taxpayers when the methane is captured and sold.

In this decision, the three-judge panel said the states and environmental groups failed to meet a “four-factor” set of requirements. One of the dissenters, Judge Scott Matheson, said he would have preferred to have ordered the district judge who froze the rule to more explicitly apply the four-factor test than he did the first time.

After several failed attempts at repeal by Congress, the Trump Administration’s Bureau of Land Management (BLM) published its proposed revisions to the rule for public comment in March, which replace the rule with regulations similar to those in place before 2016. According to BLM officials, under the previous set of regulations, producers leaked, vented, and flared an estimated  460 billion cubic feet of gas on public lands from 2009 to 2015.

PLS will continue to support implementation of the 2016 Methane Rule in its original form, and continue posting about the court battle as it progresses.