Long-overdue coal leasing reform includes a review of existing programs, a “pause on new federal leasing,” and better accounting and management that will bring a fair return to taxpayers

BLM To Gather Public Input at Scoping Meetings Across Nation 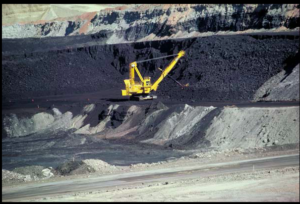 “As we begin this review, we are looking forward to hearing from the public about a wide range of issues about the federal coal program,” said BLM Director Neil Kornze. “The information we gather will help shape future decisions about this public resource.”

The BLM is particularly interested in gathering public input on the issues and policies that should be outlined in the PEIS, including topics such as whether Americans are receiving a fair return for federal coal, how market conditions affect coal, how federal coal affects the environment, and how these and other factors impact coal-dependent communities. Public feedback obtained during these meetings will help inform the size and scope of the review conducted in the PEIS.

In January, Secretary of the Interior Sally Jewell announced a comprehensive review that will examine a broad array of concerns about the federal coal program following critical reports issued by the Government Accountability Office and Interior’s Office of the Inspector General; concerns raised by members of Congress and other interested stakeholders; and feedback received from a series of public listening sessions last year in Montana, Wyoming, Colorado, New Mexico and Washington, D.C.

Each public scoping meeting is scheduled from 10:00 a.m. – 4:00 p.m. local time in the following six locations:

The meetings in Casper, Seattle and Pittsburgh will be live-streamed at wwww.blm.gov/live, and all six meetings will have a listen-only audio link via telephone. Those who attend the meetings in person and who wish to speak will be asked to sign-in. Speakers will be called upon on a first-come, first-served basis and will be accommodated to the fullest extent possible given the space and time available. Those interested in attending should check the BLM Coal PEIS  website prior to the meeting for additional information.

Written comments may be submitted until July 23, 2016, using one of the following methods:

The Interior Department will release an interim report on the PEIS by the end of 2016. The interim report will contain a summary of substantive comments received during the public scoping period and conclusions from the scoping process about potential planning alternatives results. The comprehensive review is expected to take approximately three years to complete.

The BLM manages more than 245 million acres of public land, the most of any Federal agency. This land, known as the National System of Public Lands, is primarily located in 12 Western states, including Alaska. The BLM also administers 700 million acres of sub-surface mineral estate throughout the nation. The BLM’s mission is to manage and conserve the public lands for the use and enjoyment of present and future generations under our mandate of multiple-use and sustained yield. In Fiscal Year 2015, the BLM generated $4.1 billion in receipts from activities occurring on public lands.

PublicLandSolutions @PLSorg
Tuesday, July 7th, 2020 at 1:33pm
In the middle of the COVID-19 pandemic, @SecBernhardt is continuing to put Utah's Outdoor Recreation Economy at risk. More from @ProtectNPS' Phil Brueck in @sltrib: https://t.co/yJ2TAW9fcW
View on Twitter
12
15